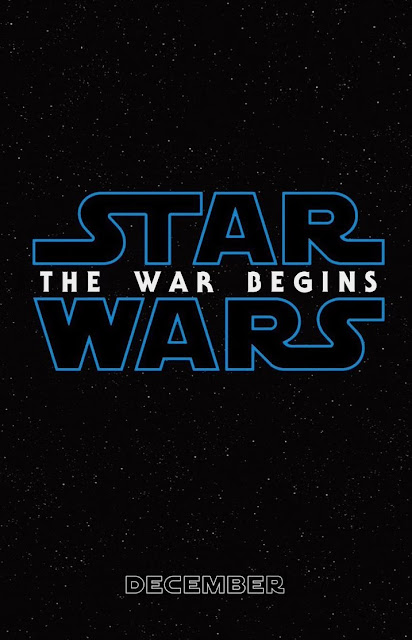 https://makingstarwars.net/2018/08/principle-photography-on-star-wars-episode-ix-has-begun/
Posted by GB2000 at 5:57 PM No comments:

Cruising... OUT OF CONTROL 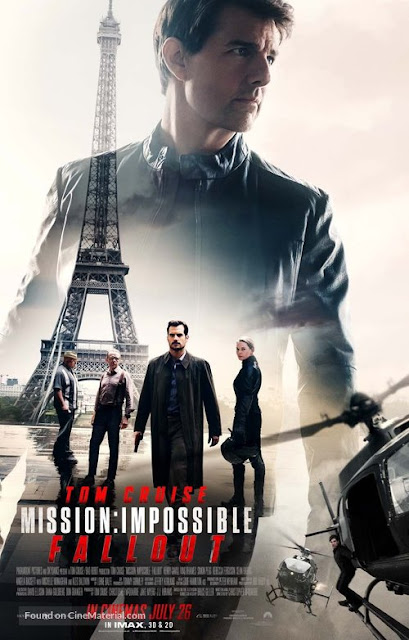 MISSION: SIR TOM CRUISE-Sir Tom Cruise's (is this guy a knight yet??) latest movie is a huge, overblown mess.  By now everyone has heard about Sir Tom Cruise doing his own stunts but so what? Is that what this series of action films have come down to? Is that the main draw?? Is 'Mission: Impossible' a circus or a play (one that happens to be filmed)? I sure wish it were a play because right now the movies feel like circus acts with one amazing trick followed by another. Sir Tom's action pieces are reminiscent of fantastic big tent acts (meant to cause your jaw to drop only). To hell with the story because this movie moves from one 'jaw drop' to the next. Meanwhile the content of the story, what their is pacing, what there is of character arcs are either not there or sorely underdeveloped. So much so that we don't really buy into the idea that the world is in danger and super agent Ethan Hunt (the real alter BIG ego of Sir Tommy) is really out to save it. These movies are now about TOM CRUISE and when an actor outshines his subject matter  (in a particular film series especially) it means one or the other IS NOT GROWING.

Take for instance the LOUSY and UNIMAGINATIVE STORY given to us by ANOTHER Hollywood director who thinks he can write. (RESEARCH). A group of 3 nuclear bombs have been stolen (a cliché at this point in film history!) and are up for sale on the black market. Cruise and his team bungle a planned interception of a sale to a notorious crime Lord and are now desperate to get the nuke cores back. But because this is spy-land, all is not what it seems and everyone, I mean  EVERYONE is lying. So for 2 hrs and more we see the original premise mentioned above get stretched, trampled on and spit at by all of the 2 dimensional 'characters' and with each new 'the plot thickens' device Ethan / Cruise gets to do another wild stunt.

What gets me throughout watching this film is how little drama there was. How little jeopardy. Not for a moment did I think that ANYONE was really in trouble of being nuked or even scratched. To seemingly emphasize this point the film puts Sir Tom Cruise and others through A LOT of battles -many of them at high speed. But NONE of the principal characters get even remotely injured (except in real life where Sir Thompson actually busted or fractured or whatever his ankle during one of his hair-brained stunts). And speaking of other characters many of them had did nothing on the screen worth their acting abilities. This is a TOM CRUISE MOVIE we are told every 5 seconds -because he's never off screen for more than those 5 seconds -and don,"t you forget it!!

Which brings me to my concluding point / question. Why, oh why is Sir Thom Cruise STEALING WORK FROM THE MASSES OF UNEMPLOYED STUNT MEN HANGING AROUND THE HOLLYWOOD SIGN ON ANY GIVEN DAY OF THE WEEK?!?! It was a shame when CGI (computer generated imagery) put our REAL AMERICAN HEROES -the stunt men, out of work. Now Tom Cruise is putting the final nail in the coffin. Even his co-star, Henry Caville (who can almost have his own 'Mission' series, he's quite entertaining in this movie) said he did his own stunts. So, this movie let it's two biggest stars do their own stunts, sometimes in the hundreds of times (Thom Cruise's HALO jump took over 100 takes to get it right or so they claim) and in so doing sent maybe a dozen stunt men to the food kitchen or the welfare office in the process. A damn shame. Cruise hogging all of the fame on his films. Damn shame. LET THE OTHERS SHINE MORE, CRUISY-BOY. IT WON'T HURT YOU ONE BIT.
Posted by GB2000 at 10:50 AM No comments: