My name is George Booker and years ago I worked in comic books for a short time and produced a few books, the most famous being Racer X # 1, Racer X The Graphic Novel and Speed Racer # 8, 9 and 11. I then moved on to animation while simultaneously working in advertising illustration -both as a storyboard artist. In the mid 1990's I worked on some popular TV shows such as Captain Planet, Swat Kats, Sonic the Hedgehog and Mortal Kombat. 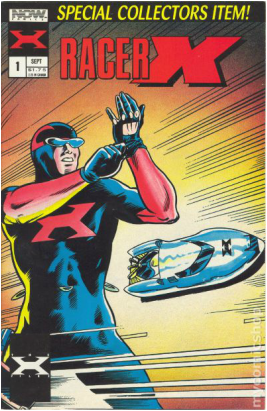 Resume And Experiences of
George Booker