The Suspension Of Disbelief

I started thinking about Thor 2 which I watched a few days ago and was surprised to realize that I never doubted the special effects that I sat through. Usually when you watch these super hero flicks your mind will pick up on things that don't look real (realistic), which will break your mind away from the spell (focus) contrived by the hundreds or even thousands of people who work on these flicks. This 'spell' is known as the suspension of disbelief.

The suspension of disbelief has been steadily stretched by the introduction of computerized special effects. In the past, there are only a few films that managed to attain this most sought after quality without the extensive aid of computers -films like Star Wars, Superman (1977), and 2001: A Space Odyssey come to mind. And that was done through very laborous processes such as model building and careful lighting, selective camera angles, and ponderous filming techniques. But all of that went straight out the window when faster processing and affordable computers came along. And since even that occured more than 30 years ago the level of realism in special effects is quite astounding currently-so amazing that they may be in danger of being thought of as being taken for granted. But this is what filmmakers actually hope for! Why? Because when you take a thing for granted it also means you fail to notice it  sometimes-and the best special effect is the one you don't notice!

So as I watched Thor 2 I never really thought about the special effects- they properly fell into the background of the pretty decent narrative that was woven by the filmmakers. There wasn't a moment in it where I consciously said to myself, "Aha! That looks fake!" or as sometimes is the case FEELS fake. No, this film was pretty darn fun and exciting to look at and listen to --and it's about time; considering the cost of watching a movie nowadays. With this movie I got my money's worth. 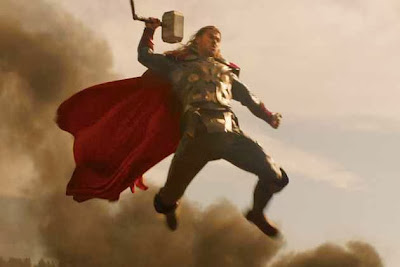 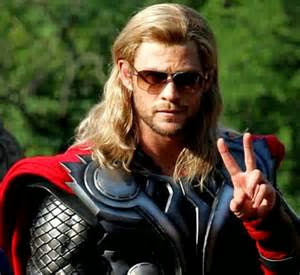 Thor 2 is out there playing somewhere, people (Europe only right now?). Word on the streets is that it is good. Thank goodness for that! Hollywood or any other film production society or company can't afford to be putting out crap anymore and charge over $10 for a damn ticket. I go to the movies once a month because of this very fact. Pay attention to quality not quantity and certainly not exploitation of the film loving marketplace ( you producers know who you are). But the biggest challenge of any trilogy or series of films is to keep script and production quality continously high throughout it's life. This is what hurt the Star Wars series and other trilogies like the Indiana Jones series. When one team of exceptional creators leave a series, then, whoever owns the thing, should make it their mission in life to hire equal or better creators to continue it. If not then the whole series begins to feel uneven. With geniuses guiding the ship one day, then the next day a bunch of clowns are at the helm headed straight for the rocks

Yet all of this begs the question -why the big focus on sequels in our time? The answer is simple when you remember when and where all this sequel mania began. That would be with film director George Lucas and his Star Wars and Indiana Jones films. Lucas was raised in a time where movie producers new the value of serialized motion picture storytelling. Every now and then ( in Lucas' day) you could expect your favorite movie characters return to the theater in a new and exciting adventure. That was a continuous stream of guaranteed revenue for production houses. Now, having 'rediscovered' the basics of serialized movie production, Hollywood doesn't seem to remember the value of it. The first movie is usually good, but the 2nd and 3rd -TYPICALLY LAME. Waking up to this on a mass level could seriously help the movie theater distrubution market compete with the Netflixes and Redboxes out there. After all, seeing the movies on the big screen -nothing can compete with that. Only by being continuously arrogant and greedy regarding the quality of films will keep H-wood's theater distribution market share in the less than optimum state it's in. Copyright © 2013 John Maxter, All Rights Reserved.
Posted by GB2000 at 11:54 AM No comments:

To Carrie Or Not To Carrie, That Is The Question 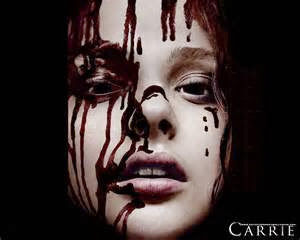 Should I or shouldn't I go see Chloe Moretz's take on horror master Stephen King's class horror tale, 'Carrie'? Ordinarily I wouldn't be debating whether or not I should watch anything with young wonder Moretz in it. She's one of those actresses that keeps my attention no matter what she does. Who is she? She's the spunky, hyper-violent tween from the 'Kick-Ass' vigilante super hero film series. I think she's great future Academy Award material. Anyway, as I was saying, I wouldn't be debating this except for the fact that my local stadium seating theater JUST RAISED THEIR MATINE PRICES!!! They only went up a couple of bucks ($9.50 to $10.50) but damn, when you add on the already skyrocketing cost of living - those extra bucks matter! What? Should I have to choose between eating dog food this week or seeing a blockbuster? I mean, come on! I love the big screen but if the prices keep climbing I'm going go take a pair of Coca Cola bottles and strap them to my eyeballs and slap a DVD into the ol' TV set and hope to Oscar that the bottles magnify my tiny TV screen to big screen levels!! Shoot! The things you got to do nowadays to stay in the game.
Posted by GB2000 at 8:18 PM No comments: 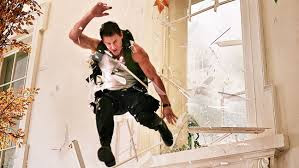 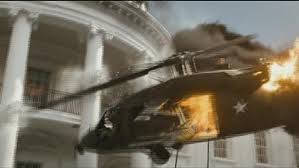 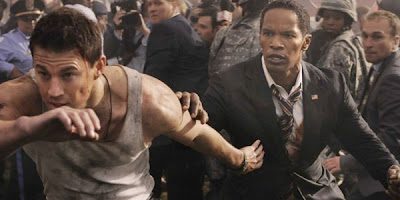