It's a damn shame that the famous Mel B (aka 'Scary Spice') never parlayed her great beauty into a film career after her pop group, 'Spice Girls' faded from view. Actresses with even lesser amounts of beauty have made the jump into the the visual storytelling scene and are making big bucks. Now Mel B has had to deal with accusations of non payment of taxes. But to her defense she has been seriously distracted. She's claimed that in all this time she's been dealing with abuse from her now ex husband Stephan Belafonte. You can't think about a career in acting while enduring psychological and physical abuse at home. That's why I always say that talent and skill mean little in reality. Luck is almost 100% responsible for a person's success. Of all the people that make it there's even more that failed to live through childhood or wound up with evil career destroying people in there lives. So don't sweat it if you fail at being a very successful visual storyteller of some sort in this life. Even doing a little MEANS YOU'VE SUCCEEDED compared to all of the others who haven't even gotten that far


Mel B On The Rebound! 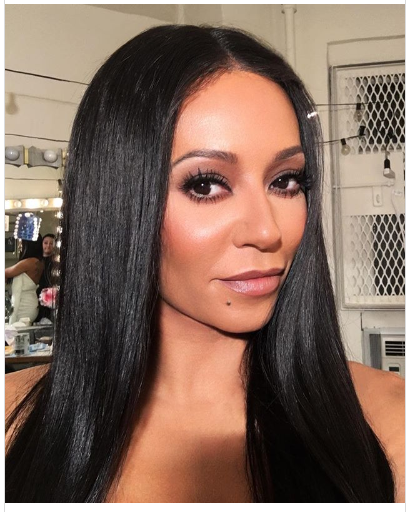 Just look at this woman!! What man in his right mind would MARRY her and then ABUSE her??? Some guys out there are stupid as fuck and deserve absolutely nothing in this world! NOTHING. If you see a woman of this level of quality and she's being abused it's your job to take her away from that loser!! I've done this in real life. It don't take much to separate a beauty from a shithead. She just needs a little nudge --and she's yours! Date her yourself or hook her up with your buddy. Just rescue her!
Posted by GB2000 at 9:35 AM No comments:

Before Star Wars you couldn't get a kid (or many adults) within 20 miles of ANY classical music. Then after the movie debuted young people were rushing to the stores and buying up the Star Wars album like it was a Beetles recording!! Hahaha.  I was among them! Up until then I filled my days with Rock and Roll only! Well SW ended that. There were TV news spots showing the album flying out of music stores faster than they could restock them! From there us kiddies went to the other classics like Beethoven and  Wagner, etc. Wow, quite an amazing effect! If you've never just listened to the pure music of the soundtrack then you're missing out. And 'Princess Leia's Theme' belongs right up there with the greatest classical recordings in history (my humble opinion!)