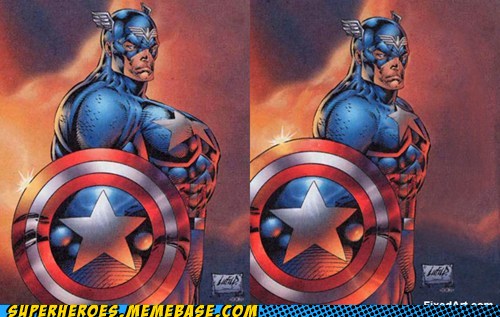 In the many different worlds of visual storytelling, each has a unique message to send to it's readers. Thus each message best benefits from the appropriate style of artwork portrayed in it. By message I also mean story. In this regard visual storytelling respects neither hyper-realistic artwork, primitive artwork, amateur artwork, or even cartooning. Each effort is and should be related to the narrative it is attempting to illustrate. The same thing goes for film. In the usage of special effects, for example, special effects don't always have to be ultra-realistic despite what the current suits in Hollywood probably think. Amateur special effects of a say, campy storyline, would work out just fine. A good example of this was the long running British TV sci-fi show "Dr. Who". The special effects were bargain basement cheap but who cared? The stories were written with enough wit and imagination for readers to suspend disbelief and / or enjoy the charm of the toy-like spaceships, etc. used to elucidate the storyline. But the same simple special effects would be misappropriated if they were used to elucidate a film like Star Wars, which demanded realistic special effects to make it's fairy tale-like story believable. Likewise in comic books a simple art style is good for one type of narrative while it is not good for some. Amateur artwork is great for some types of story lines but not for others. Cartoons are great for other types of narratives. But when it comes to superheroes one has to be careful, for superhero tales rest almost in the world of the fairy tale, they are best served when done realistically in order to convince the reader that this fantastic "stuff " can actually be happening, thereby fulfilling a crucial need for successful realistic visual storytelling: the suspension of disbelief. When I read a superhero tale with amateur artwork the distractions are plentiful. Distorted bodies, hacked off heads, crooked facial features, etc. etc. don't allow any suspension of disbelief. The amateur artwork becomes a secondary stream of "entertainment" running alongside the text / storyline. Not only do I not "believe" what's occurring in the comic book but I don't think that the writers or artists do either because they made such a wreck of an imagined situation (the superhero). Bad superhero comic book artwork within realistic story lines don't work and never will. They operate on the same level as reading bad writing. In the end you are only left with the impression of "What the fuck?" instead of "That was a great tale!" But of course this (end view) doesn't apply to all people, namely fools. But there's no accounting for the taste of fools because they don't have any taste. You can feed them garbage and they'll think it's health food.
Posted by GB2000 at 12:13 PM