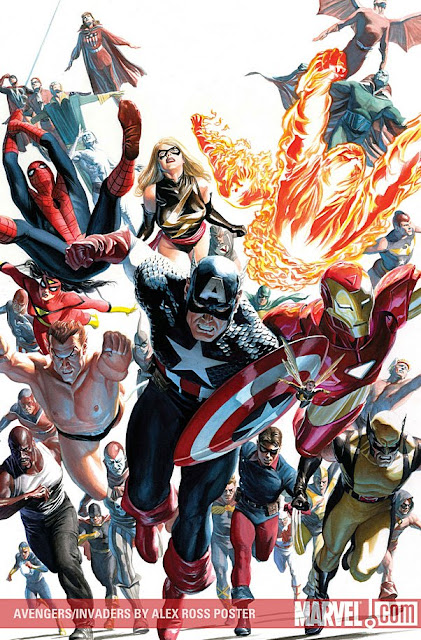 The movement AGAINST realistic comic book artwork which began with the allowing of fanboys posing as editors, illustrators and writers in the comic book world during the Stone Age of comic books, the 1990's (and  headed by amatuer "artists" like Liefeld and Lee, etc) was countered by the admittance of Alex Ross and his hyper-realistic super hero paintings. Since then the trend towards more realistic artwork in comic books has been an ascending one. But the direction needs to be substantiated by an overall monitoring of quality control (mainly in the super hero comic book genre) -one in which rank amateurs are held down and kept out of the business because of their ill effect on the whole. This can only be accomplished on the editorial level. So when the fanboy editors are thrown out on their arrogant, envious asses (by a public made more aware of the danger that their ignorant choices constantly make) only then will comic books have a chance for a second Golden Age. Until then the threat of another Stone Age is ever present, with or without painters like Alex Ross continually proving the value of realistic artwork in the comic book visual storytelling medium -to which realistic artwork is essentially connected. Sure Ross' work does not consist of figure invented artwork, which is needed for the 2nd Golden Age of comic books, but that's not the point I'm trying to make. He managed to show the fanboys THEIR INCREDIBLE INFERIORITY without offending them by presenting to them realistic comic book artwork done by using photographs. This had to be done in this manner (an indirect path) because the hostility towards traditional realistic comic book artwork done by imagination was high in the 1990's.
Posted by GB2000 at 6:48 AM